In dialectical fashion, ghosts and monsters unsettle anthropos,the Greek term for “human”, from its presumed center stage in the Anthropocene by highlighting the webs of histories and bodies from which all life, including human life, emerges.

Anatomical features: lumpy-looking spider, not very large. The colouring tends towards brown, with darker specimens. The legs are covered with tufts of hair (from cqui plumipes). The peculiarity of these spiders is the absence of venom glands; the Uloboridae are the only family of spiders with this peculiarity.

Behaviour: Web-building spiders weave on this more sticky cribbellate silk, and as soon as a prey falls into the trap it is immediately wrapped in silk, to make up for the lack of a venomous bite. The shape of the cocoon (photo) is also peculiar, with many angular corners, reminiscent of a shield. 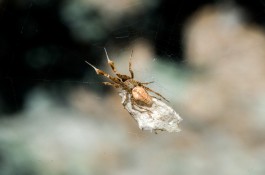 Jellyfish are monsters. Soft glass parasols as colorful as flowers, they blossom from watery depths with delicate grace. Yet woe to those tangled in their stinging tentacles. Along beaches in Australia, Florida, and the Philippines, jellies are becoming a greater threat than sharks, sending scores of swimmers to hospitals, some with fatal stings. Off the coast of Japan, 450-pound Nomura’s jellies have capsized boats that have snared loads of them in their nets. In the Black Sea, comb jellyfish eat ten times their weight in a single day, destroying fish and fisheries. As jellyfish consume the small fish fry, emptying seas of other species, the waters fill up with jellies in fantastical numbers. The richness of earlier marine assemblages is overwhelmed. The ocean turns monstrous. Filling the seas with sloshing goo, jellyfish are nightmare creatures of a future in which only monsters can survive. How did such monstrosity arise? Those Black Sea combs—so inspiring and so terrible—arrived in the ballast water of ships as recently as the 1980s. They took over too-warm seas emptied out by overfishing and polluted by the choking runoff of industrial farming. Under other conditions, jellies are capable of playing well with other species. If jellyfish are monsters, it is because of their entanglements—with us. Jellies become bullies through modern human shipping, overfishing, pollution, and global warming. In all our heedless entanglements with more-than-human life, we humans too are monsters.

Coral reefs are monsters. Their polyps rise from reefs of their own making—but not just their own. Like the mythical chimeras of ancient Greece, beasts made up of the head of a lion, the body of a goat, and the tail of a snake, coral reefs are made of mismatched parts—animal, plant, and more—that hang together in fragile coordinations. In contrast to jellies, warming waters do not turn corals into bullies; rather, they drive off symbiotic dinoflagellates, weakening the corals. The necessity of working together makes coral life possible; indeed, symbiosis is essential to life on earth. But symbiosis is also vulnerable. Corals, like jellies, are tied to others in rapidly shifting worlds, but for them, disrupted relations lead not to riotous reproduction but to decline and death. In all our vulnerable entanglements with more-than-human life, we humans too are monsters.

Monsters are useful figures with which to think the Anthropocene, this time of massive human transformations of multispecies life and their uneven effects. Monsters are the wonders of symbiosis and the threats of ecological disruption. Modern human activities have unleashed new and terrifying threats: from invasive predators such as jellyfish to virulent new pathogens to out-of-control chemical processes. Modern human activities have also exposed the crucial and ancient forms of monstrosity that modernity tried to extinguish: the multispecies entanglements that make life across the earth, as in the coral reef, flourish. The monsters in this book, then, have a double meaning: on one hand, they help us pay attention to ancient chimeric entanglements; on the other, they point us toward the monstrosities of modern Man. Monsters ask us to consider the wonders and terrors of symbiotic entanglement in the Anthropocene.

In the indeterminate conditions of environmental damage, nature is suddenly unfamiliar again. How shall we find our way? … Against the fable of Progress, ghosts guide us through haunted lives and landscapes. Against the conceit of the Individual, monsters highlight symbiosis, the enfolding of bodies within bodies in evolution and in every ecological niche. In dialectical fashion, ghosts and monsters unsettle anthropos, the Greek term for “human,” from its presumed center stage in the Anthropocene by highlighting the webs of histories and bodies from which all life, including human life, emerges. 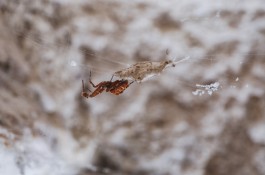 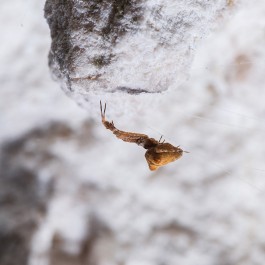 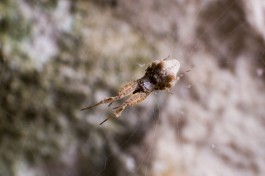 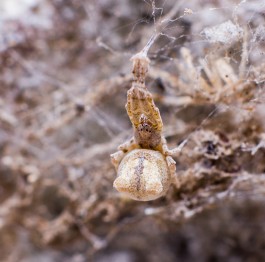 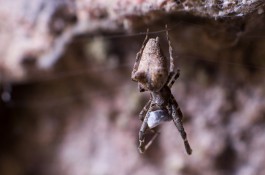